Close
A few years ago Johnny Ramone, left for the great gig in the sky. While the remaining punk rockers mourned, The Economist wrote an excellent obituary. You can read it here.
What caught my eye was this:
In 1976, Joe Strummer (the lead singer for The Clash) walked up to the Ramones for some advise. He was worried that his band’s sound was too raw rough for them to begin performing.
‘Are you kidding?’ said Johnny,
‘We’re lousy, we can’t play. If you wait until you can play, you’ll be too old to get up there. We stink, really, but it’s great!’
That’s the quote that inspired it all.
‘Technology do mine’ is a rough cut, an experiment, a jump in the dark.
Our very first try at working with moving text.
Technology and society, hardware and waste, software and IT parks, SMS and bad spellings, the News is full of grand problems of technology; things that everyone has opinions on.

But what about the minor things in life?

There are things that you and I use technology for, the things that are considered too banal for academic analysis, news reportage and moral outrage. Like when you’re checking someone out on Facebook, trying to figure them out, before you meet them in person. Or how you share your anxieties in the near anonymity of twitter, ‘it’s been a bad day, my boss is an idiot’. And especially when you think about past relationships and cant pull up a single memory, it was all stored on a medium, now obsolete.
‘Technology Do Mine‘ attempts to talk about all those little things that we do on technology by using a little free verse. not ‘poetry’, but rhyming ramblings of a technology co-dependent world. The sort of thing that Spike Milligan or Ogden Nash would write if they were ‘socially networked’. These words have been converted into tiny animations, where they bounce in or fade out, giving greater depth to the text. (this is also called Kinetic typography, although that label is becoming contentious). These word-animations will be projected on the roof of a (beer) cafe, Ziro, a place that every contributor to this project loves and frequents. ‘Technology Do Mine’ is something we’ve done in two weeks, in the time we had between our day jobs and current projects.

We hope you will join us there. 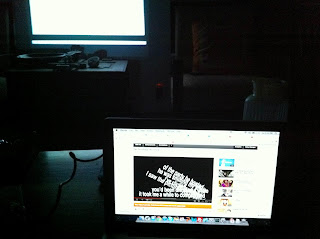 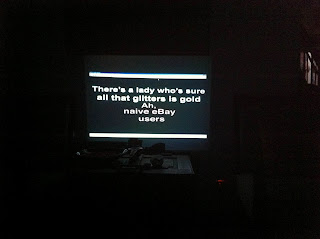